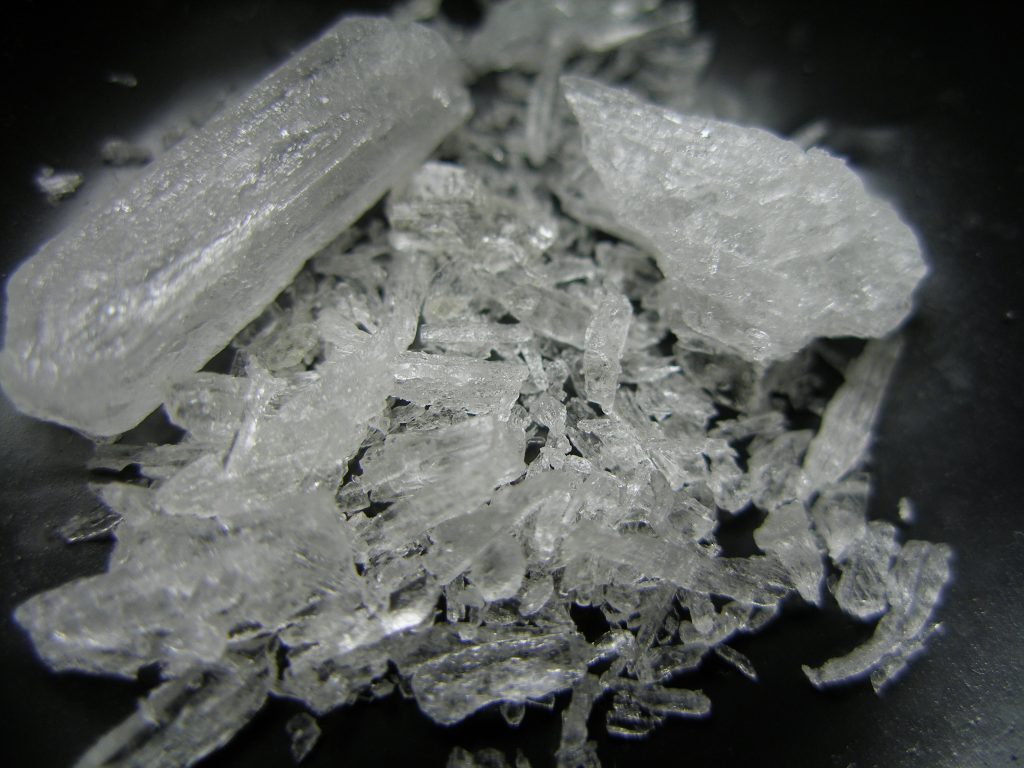 Methamphetamine is the name of the drugs commonly known on the street as Meth, Crystal Meth, Crystal, Ice, Crank, Speed, Glass, and Chalk.

Methamphetamines come in many forms and can be smoked, snorted, orally ingested, or injected.

Meth is odorless, making it difficult to detect.

Acute lead poisoning is a potential risk for methamphetamine abusers.

Even small amounts of meth can produce serious negative effects on your body such as hyperthermia and convulsions, which sometimes result in the death of the user.

Meth is a stimulant to the central nervous system and has a high potential for abuse and addiction.

Meth stimulates the central nervous system, causing chemical reactions in the brain which trick the body into thinking it has unlimited energy supplies and drains energy reserves needed in other parts of the body.

Meth affects the user in similar ways as cocaine, but with more power, more amps to the body so to speak.

Meth looks like a white crystalline powder; it is soluble in water or alcohol and has a bitter taste.

Research shows that damage to neurons containing Dopamine and Serotonin occurs to the nerve ending “terminals” which appear to have a limited ability to regrow, thus putting the user at increased risk for conditions such as Parkinson’s & Alzheimer’s in later life.

Meth users can stay awake for long periods of time and then eventually crash, feeling tired and depressed, worse off then than before they took the drug.

Chemical imbalances in the brain combined with sleep deprivation commonly associated with the continued use of meth can cause the user to experience hallucinations, extreme paranoia and bizarre, violent behavior.

Women are more likely to use meth than cocaine.

Everything You Need to Know About Process Addiction

Cognitive Behavioral Therapy: Does it Work?

How Does Cocaine Affect Your Brain?