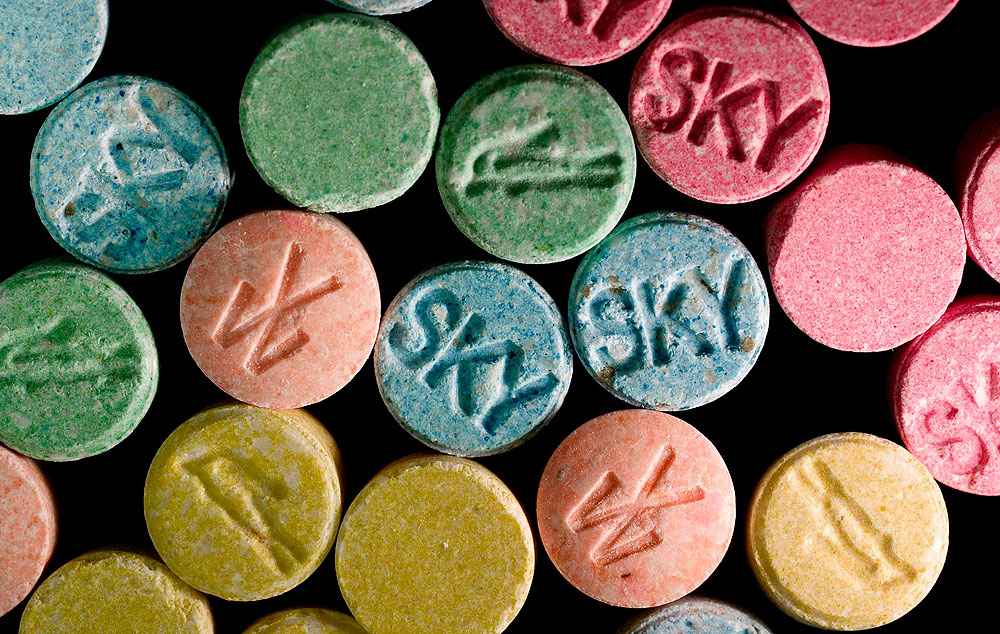 The effects of long-term MDMA use are just beginning to undergo scientific analysis. In 1998, the National Institute of Mental Health conducted a study of a small group of habitual MDMA users who were abstaining from use. The study revealed that the abstinent users suffered damage to the neurons in the brain that transmit serotonin, an important biochemical involved in a variety of critical functions including learning, sleep, and integration of emotion. The results of the study indicate that recreational MDMA users may be at risk of developing permanent brain damage that may manifest itself in depression, anxiety, memory loss, and other neuropsychotic disorders.

MDMA stimulates the release of the neurotransmitter serotonin from brain neurons, producing a high that lasts from several minutes to an hour. The drug’s rewarding effects vary with the individual taking it, the dose and purity, and the environment in which it is taken.

MDMA can produce stimulant effects such as an enhanced sense of pleasure and self-confidence and increased energy. Its psychedelic effects include feelings of peacefulness, acceptance, and empathy.

Ecstasy users claim they experience feelings of closeness with others and a desire to touch them. Because MDMA engenders feelings of closeness and trust and has a short duration of action, some clinicians claim that the drug is potentially valuable as a psychotherapeutic agent. However, MDMA is classified by Federal regulators as a drug with no accepted medical use.

Clandestine laboratories operating throughout Western Europe, primarily the Netherlands and Belgium, manufacture significant quantities of the drug in tablet, capsule, or powder form. Although the vast majority of MDMA consumed domestically is produced in Europe, a limited number of MDMA labs operate in the United States.

Overseas MDMA trafficking organizations smuggle the drug in shipments of 10,000 or more tablets via express mail services, couriers aboard commercial airline flights, or, more recently, through air freight shipments from several major European cities to cities in the United States. The drug is sold in bulk quantity at the mid-wholesale level in the United States for approximately eight dollars per dosage unit.

The retail price of MDMA sold in clubs in the United States remains steady at twenty to thirty dollars per dosage unit. MDMA traffickers consistently use brand names and logos as marketing tools and to distinguish their product from that of competitors. The logos are produced to coincide with holidays or special events. Among the more popular logos are butterflies, lightning bolts, and four-leaf clovers.

Ecstasy’s psychological effects can include confusion, depression, sleep problems, anxiety, and paranoia during, and sometimes weeks after, taking the drug.

Researchers at The Johns Hopkins University demonstrated that 4 days of exposure to the drug caused damage that persisted 6 to 7 years later.

Ecstasy is most commonly used at all night parties called “raves”.

Many of the risks users face with MDMA use are similar to those found with the use of cocaine and amphetamines.

Psychological difficulties due to ecstasy include confusion, depression, sleep problems, drug craving, severe anxiety, and paranoia – during and sometimes weeks after taking MDMA.

Ecstasy content varies widely, and it frequently consists of substances entirely different from MDMA, ranging from caffeine to dextromethorphan.

MDMA is on the U.S. Schedule I of controlled substances, and is illegal to manufacture, possess, or sell in the United States.

MDMA was first synthesized and patented in 1914 by the German drug company called Merck.

Memory tests of people who have taken Ecstasy as compared to non-drug users have shown that the Ecstasy users had lower scores.

Can You Die from Benzo Withdrawal?

Everything You Need to Know About Psychological Dependence